Print preview:
Wednesday 27 April 2022 from 12.00 to 22.00
Please kindly confirm your participation to press.studiobattage@gmail.com

On the occasion of MIA Fair 2022, the most prestigious fair in Italy dedicated to photographic art, scheduled at SUPERSTUDIO MAXI in Milan from 28 April to 1 May, Tallulah Studio Art presents “Four stories: The Human Voice”. The photographic project, curated by Patrizia Madau, explores humanity and its reality, stories that draw the portrait of the community through the ironic, intense and light-hearted eyes of four artists: Bruna Rotunno, Piero Figura, Donatella Izzo and Dario Zucchi.

“Four stories – The Human Voice” is the contemporary tale of our humanity in its diversity, a narrative that collects a common poetic detonator through sequences and symbolic glimpses of the world and its reality.

The works by Bruna Rotunno, “Human Voice”, hence the name of the project, portrays the community and its value. The images are vibrant, intense, intimate and full of poetry, reflecting an exploration of the world and its humanity. The artist focuses on portraits by exploring and transcending genres and, through his visionary sensitivity, creates a direct, meaningful bridge with the viewer, inviting him to reflect on contemporary society, creating similarities and differences among human beings capable of crossing cultural borders.

The artist Piero Figura, already known in architecture, design and painting, has finally made his debut as a photographer. His new artistic project, “Saying without saying”, born during the pandemic period, forced to a total absence of contacts, focuses on human gestures as a heritage deserving protection. According to Aristotle, hands are a branch of the brain and so the artist, emphasizing the language of the hands, contextualizes the historical moment by creating ironic, light and playful works. Piero Figura revisits photography by intervening pictorially according to his stylistic code: the striped or spotted drape, as a symbol of protection. Figura truly “creates” his images; after having photographed the subject, he prints the photos on a special paper in order to draw on them. After that, he cuts out the outline of the subject to be glued on another sheet of colored paper, obtaining an almost three-dimensional subject in contrast with an absolutely flat background imagining to wrap the subject in a spotted drape. The final result gives the viewer an apparently simple and light work which conceals a very deep and elaborate contents and technique. In his photos Piero Figura preserves and protects the gestures with painting, creating an iconic cocoon around the chosen subject, enclosing an artistic formula of his own in one shot. The resulting works speak an all-Italian popular language where the culture of the masses blends with virtuosity.

The collective imaginary characterizes the work of Donatella Izzo. Disused, abandoned places in an evident state of neglect are at the center of the series “The Dreamers”, a project born in 2013 and in continuous development, which encounters in perceptual disorientation her main feature. The artist constructs a parallel dimension through a transfigured and enigmatic vision of human reality that imposes itself on the public, destabilizing their understanding and forcing them to seek new interpretations. The subjects of her photographs embody good and beauty, purity and strength but, as they are extracted from their usual habitat and placed in a different context, they bring out other emotions such as those related to the uncertainty and the precariousness of life.

Dario Zucchi’s photography explores the world of American museums and the visitors who animate them. His attraction to contemporary art leads him to investigate the community and its extravagances. The artist goes beyond mere observation, establishing a visual connection between the viewer and the work of art and then investigating it. In his photographs, Zucchi examines the illuminating, albeit generally not recognized, connections between contemporary art and his admirers. His photographs are placed on the edge between reality and fiction, characterized by irony. By scrutinizing the spectators, he captures the secrets of the human soul, in a provocative way.

Bruna Rotunno is an Italian photographer who lives and works between Milan and Paris.
She is strongly interested in human nature, she graduated in psychology, and then devoted herself to photography, with particular attention to portraits, landscapes and video art. Her personal work has always been focused on exploration and research in order to create her own vision of portrait and storytelling, a vision that alternates visionary sensitivity with the immediacy of reportage.
He has collaborated for years with Condè Nast and with the major advertising agencies, signing campaigns for clients such as BMW, Alitalia, American Express, Audi, Loro Piana, Zegna, etc.
The author works with photographs and videos, having exhibited in numerous galleries both in Italy and abroad. She had a solo show at the Milan Triennale (“Shangai 24h”, 2010) and participated in the 2005 Venice Biennale with the short film “Sultans Dream”. Her work “Women in Bali” has been exhibited at the Visual Arts in New Delhi, the Museum of Oriental Art in Turin (MAO) and the Sacred Gallery in Hong Kong. She published six books and won twice the Prix de la Photographie in Paris. 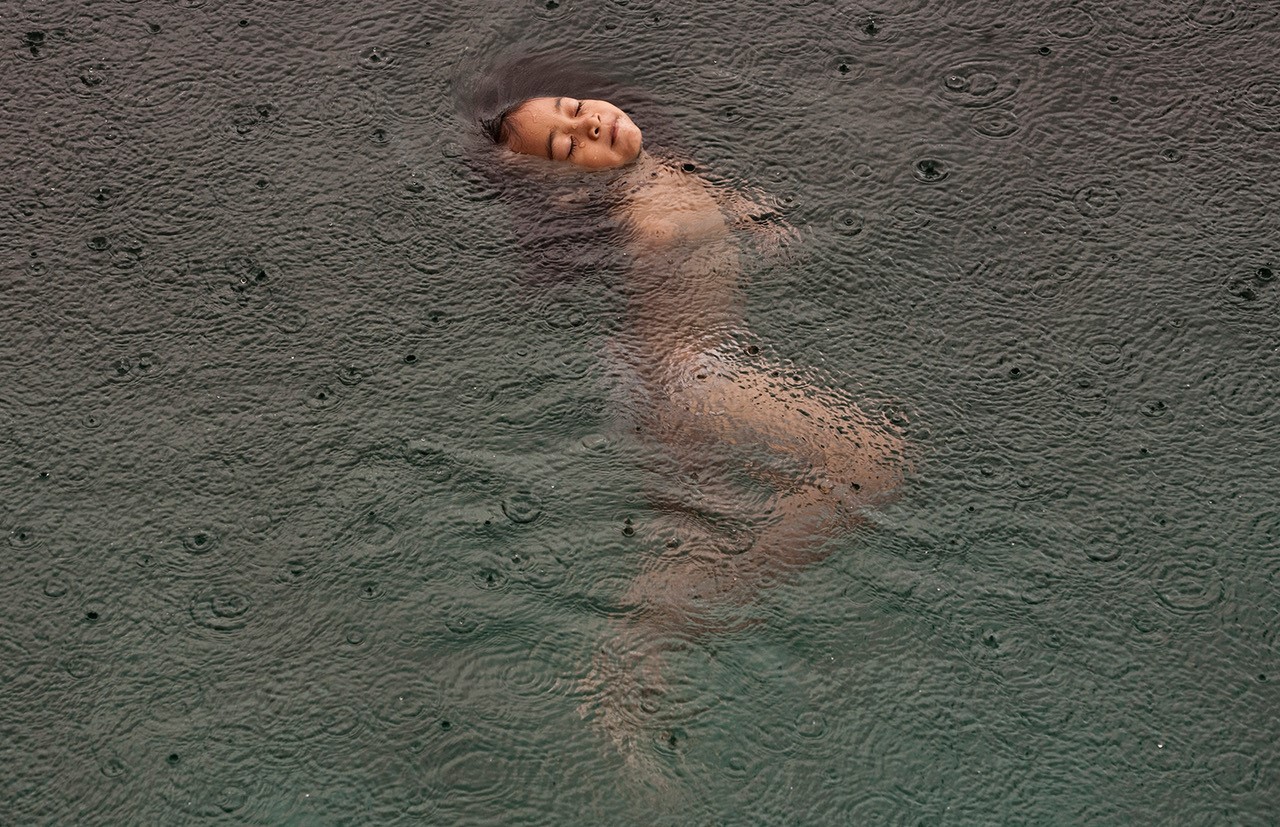 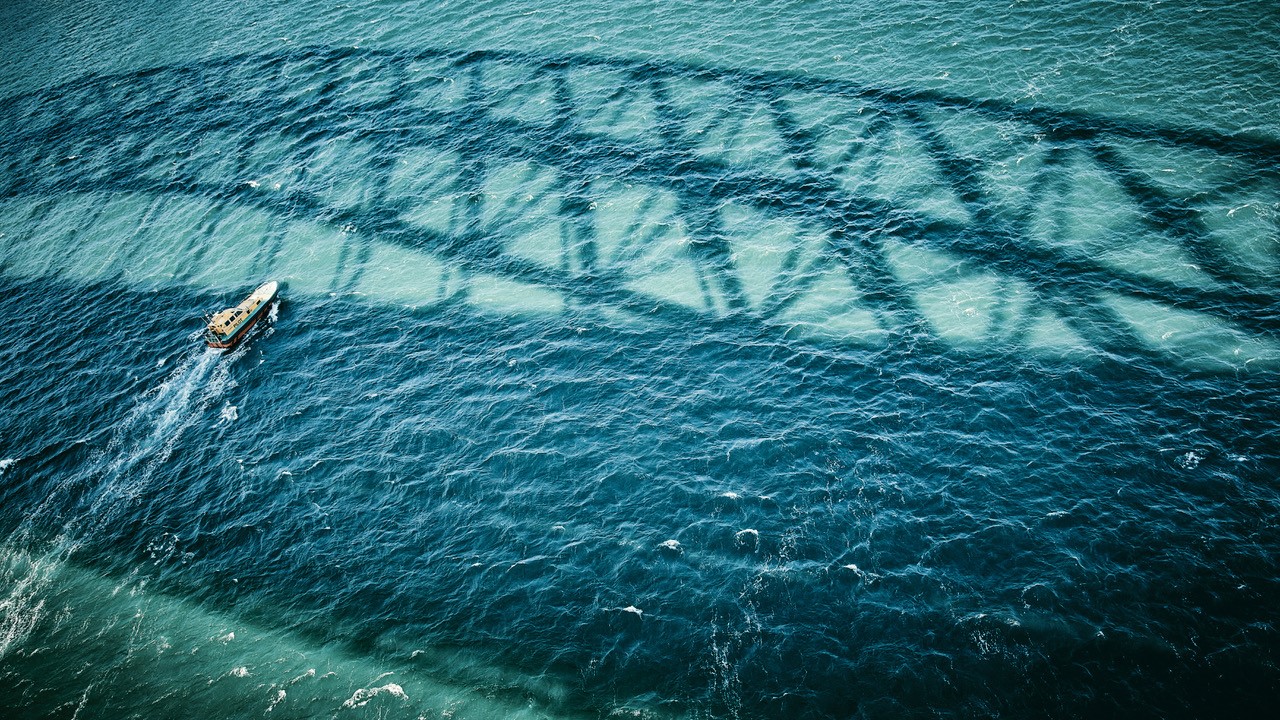 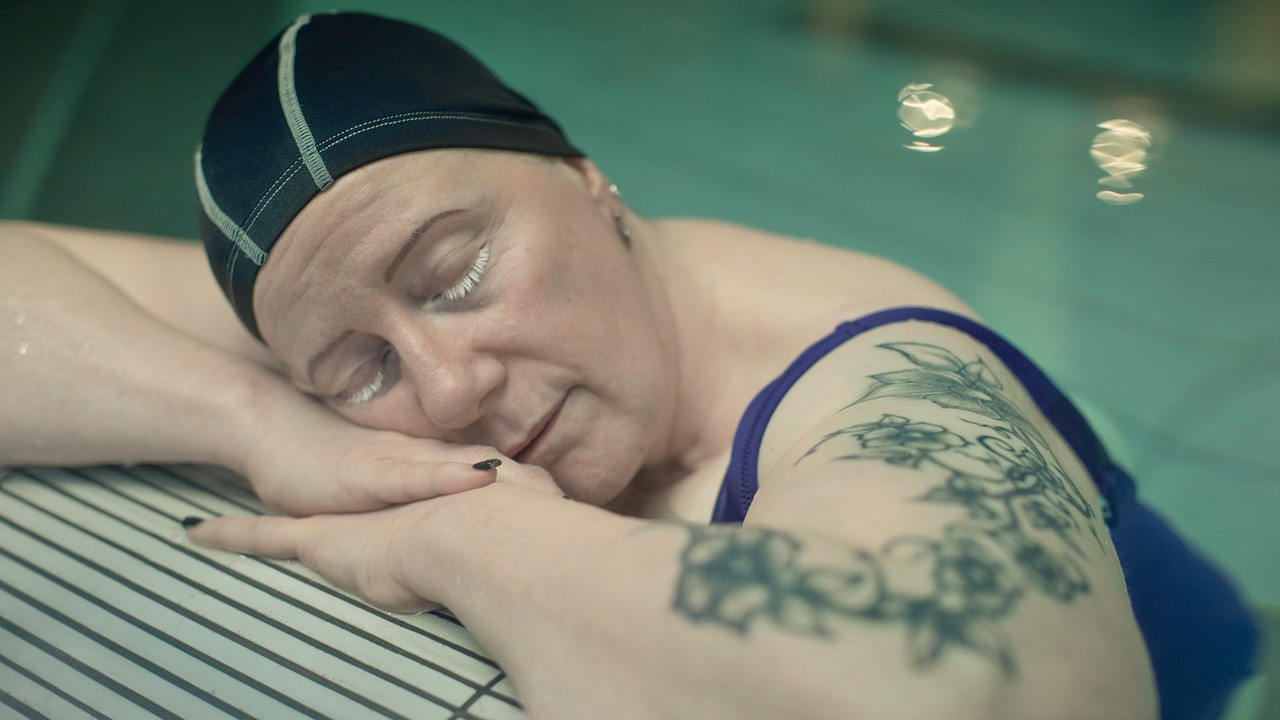 Piero Figura, born in Brindisi and graduated in architecture in Rome, began his career as a designer in Milan where he was also professor of scenography at the School of Architecture. Painting is not only his first love, but the great passion that has always accompanied him together with design. Playing with materials, enhancing “poor” ones and creating a contrast with “precious” ones is a steady feature in the work of an artist who manages to mix classic and pop like few others. A unique style, just like his approach to art. Whether it is painting, photography or design, everything can be traced back to a creative moment, what changes is only the means through which creativity is expressed. Figura currently signs some collections for Gianni Seguso Murano glassworks and for Athena Peltri D’utore group, countless collaborations as a set designer with Giovanni Gastel. His illustrations for Chanel, Dior, Vuitton and Guerlain are unforgettable. His creations and his art are distributed in galleries and shops all over the world, he still collaborates with well-known magazines, including Vanity Fair, Glamor, AD, Vogue etc. Countless exhibitions of him in Italy and abroad. 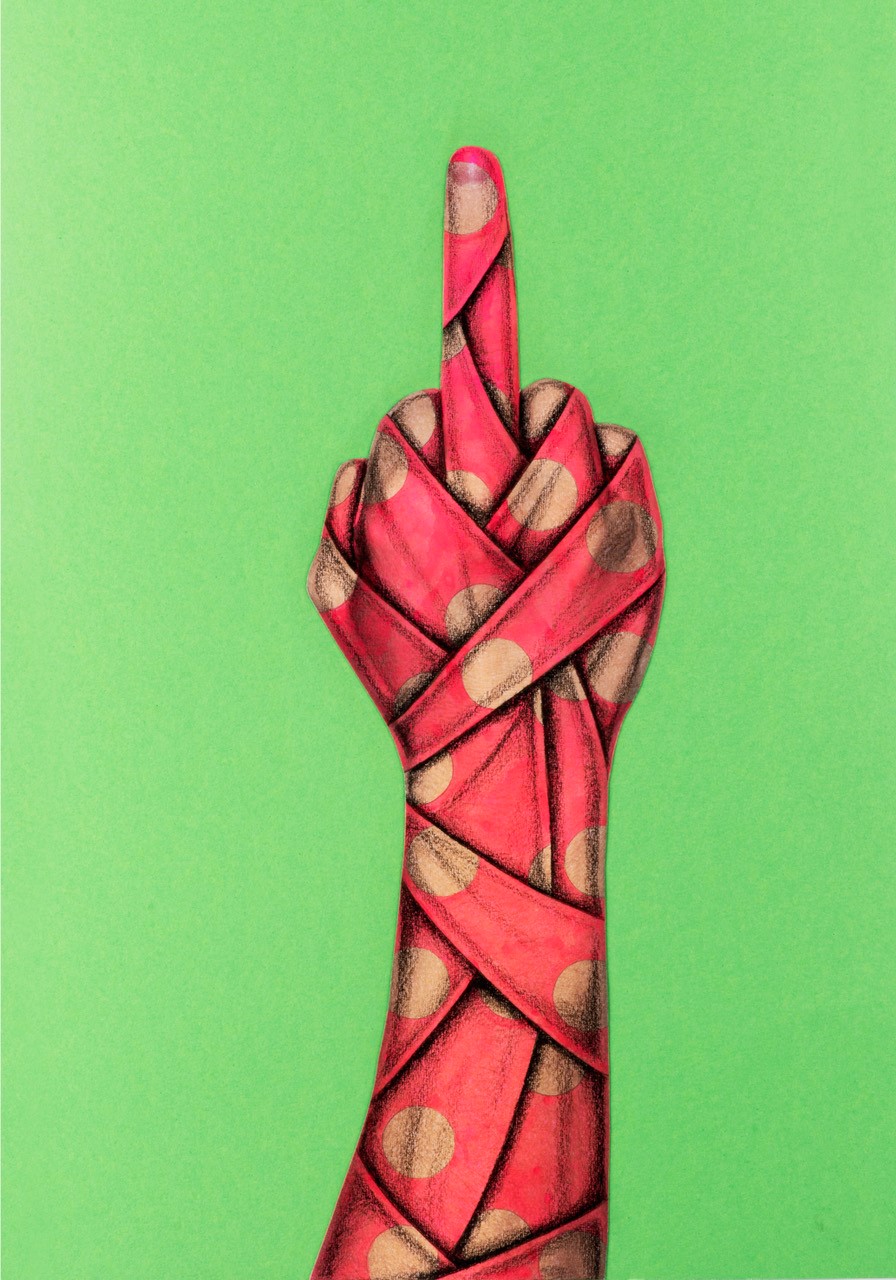 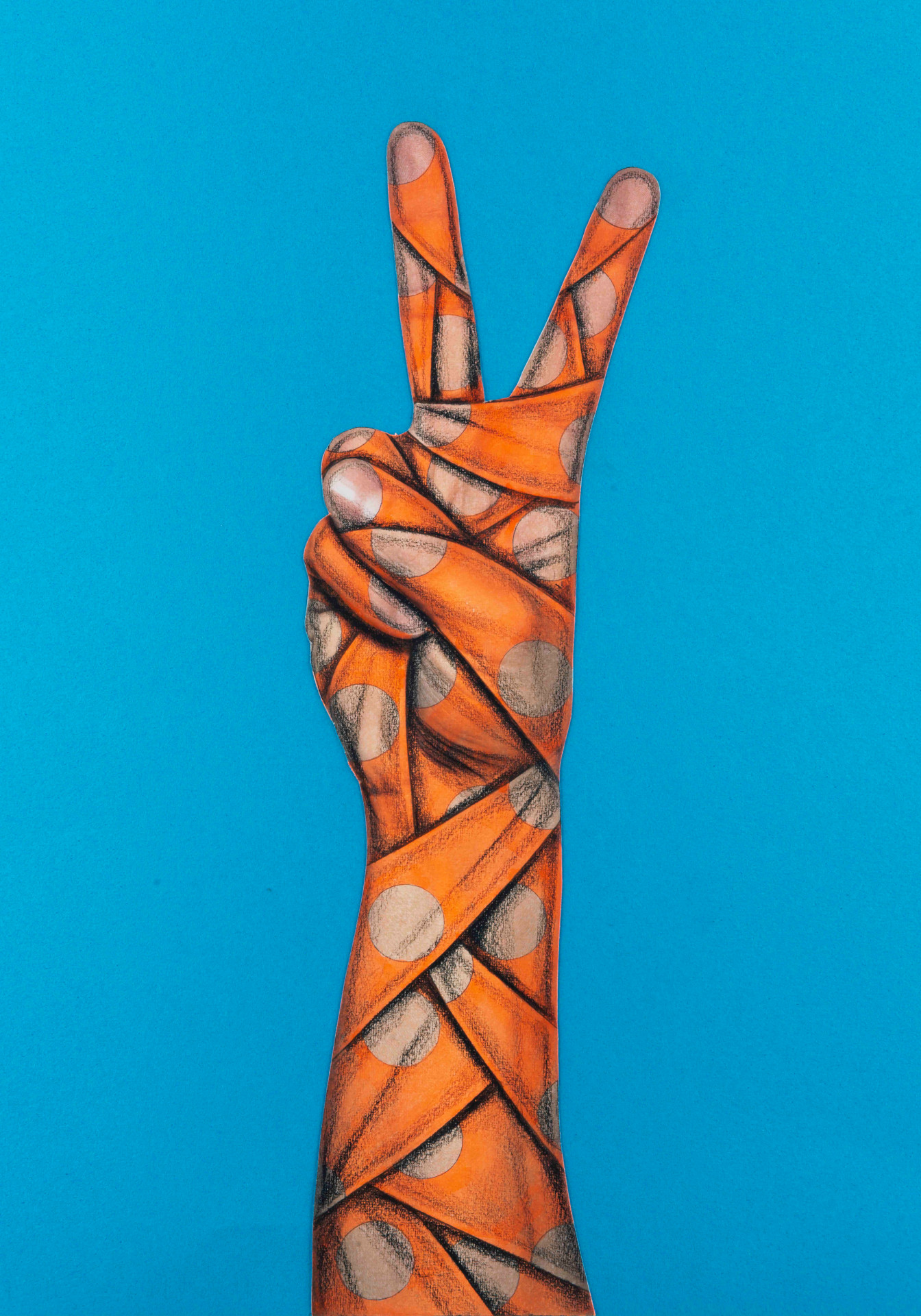 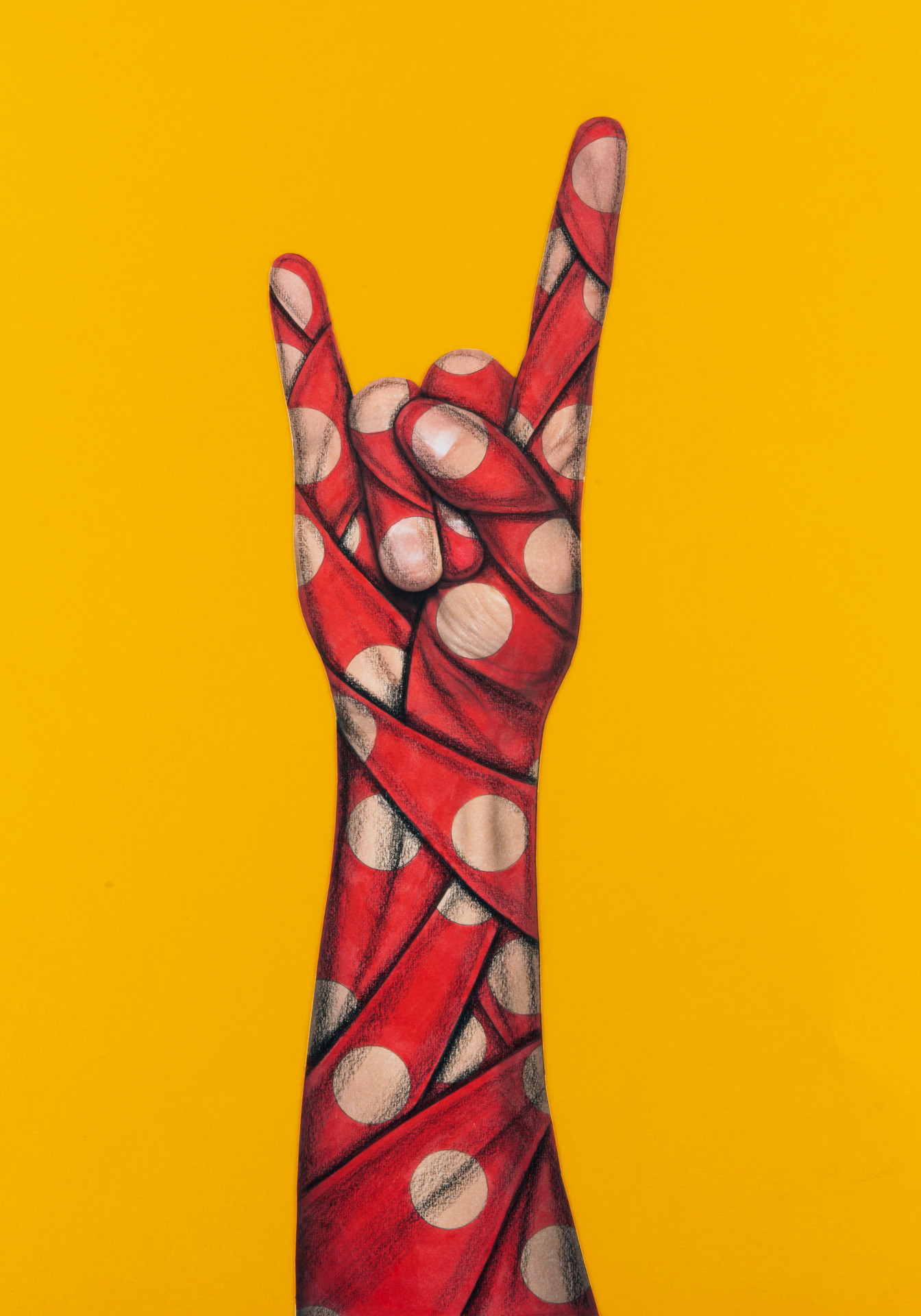 Donatella Izzo trained at the Brera Academy of Fine Arts in Milan and began her career as a painter but soon photography became the privileged mean through which she built an entire iconographic paradigm rich in symbolism and metaphors, far from any didactic intent. Her works recall ancient atmospheres and feelings, through a composition of languages ​​and overlapping of artistic practices. Izzo has participated in group exhibitions both in Italy and abroad among the galleries that have hosted his works: Beauchamp in London (2011), Angel Orensanz Foundation in New York (2013), Galeria Fotografi Miasta (Poland- Rzeszòw, 2014) , Akashi Gallery (Barcelona, ​​2014), Espacio 8 (Madrid, 2014) and Fabbrica del Vapore in Milan (2015). In 2019 she exhibits at Palazzo Grillo in Genoa with the exhibition “Other Identity” curated by F. Arena, at Palazzo Silva in the exhibition “The room where I like to be alone” curated by A. D ’Amico. The personal “Family Tree” at the La Bottega Gallery in Pietrasanta curated by F. Mutti (2017) the collective “No-Face” at the Kunsthalle in Lana (Bz) curated by A. Tricoli (2018). She exhibited at Wopart Lugano 2019 as part of a collective exhibition curated by Patrizia Madau (Tallulah Studio Art), and participated in the Arcus Pride Art Milan Exhibition 2019, (Studio Clifford Chance Milano), also curated by Patrizia Madau, She recently exhibited at the Fabbrica del Vapore in Milan, with the personal exhibition “The Dreamers. Dreamers in the time of abandonment” sponsored by the Cariplo Foundation, you participated with Tallulah Studio Art (Cluster) at MIA Fair 2021. 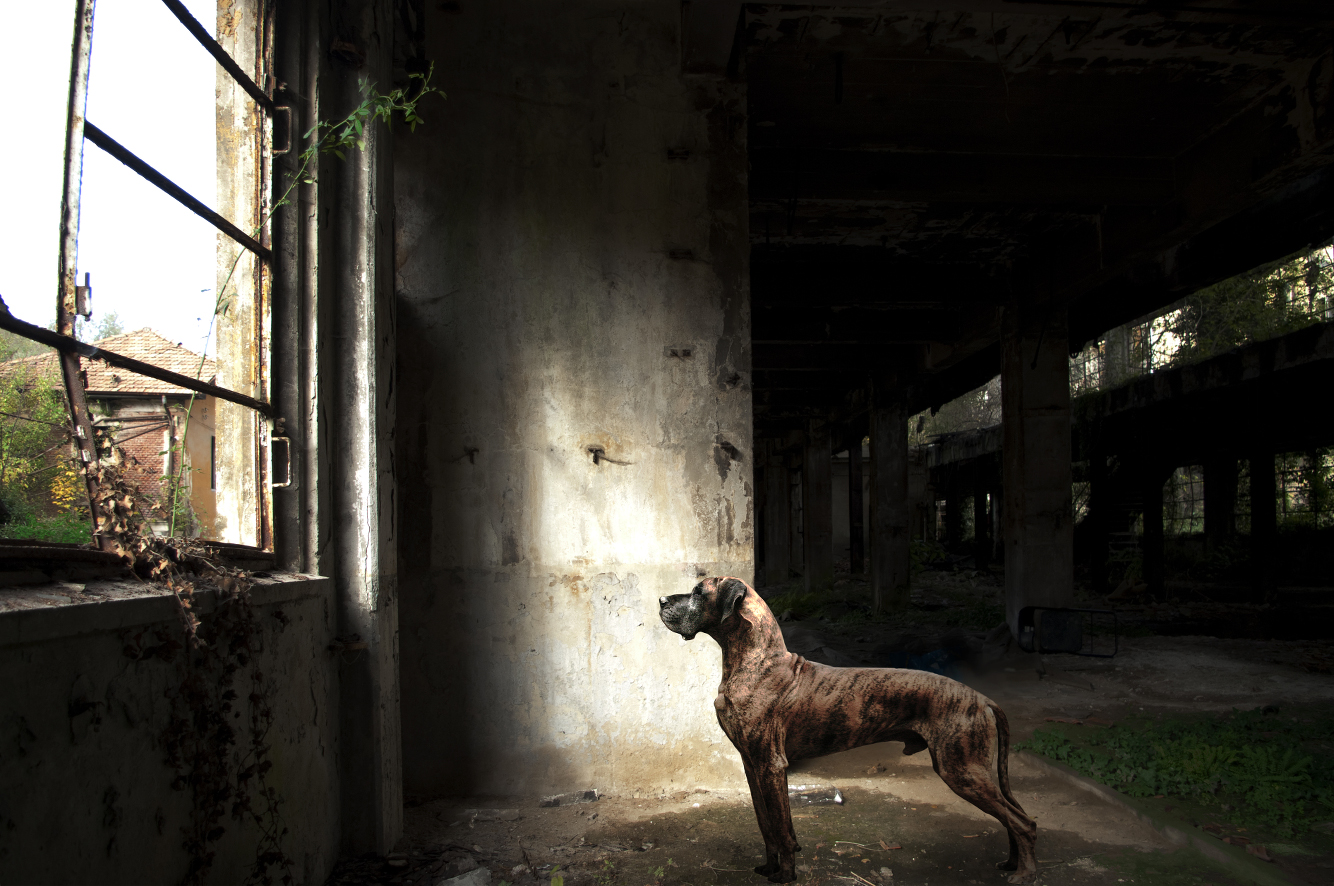 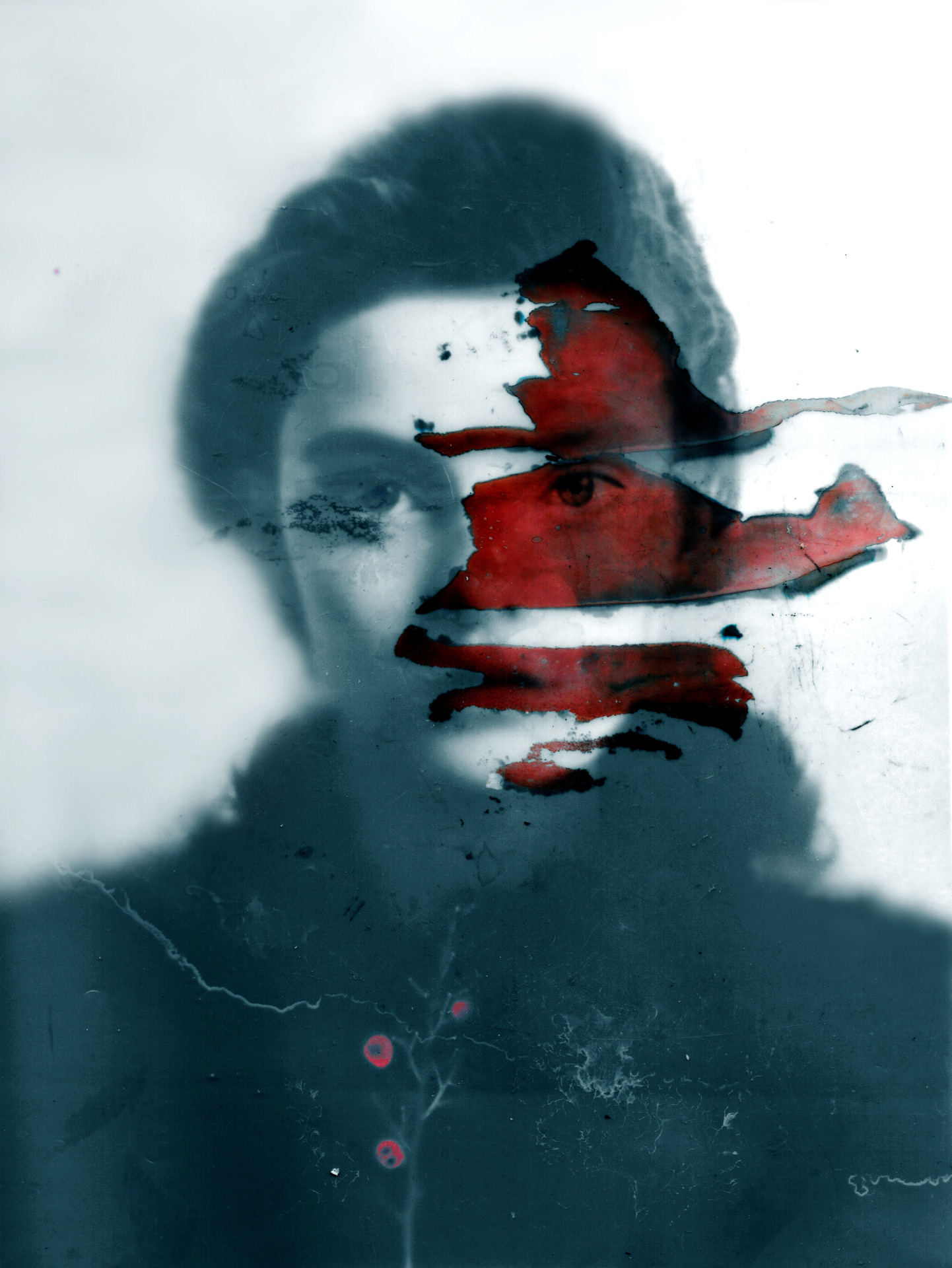 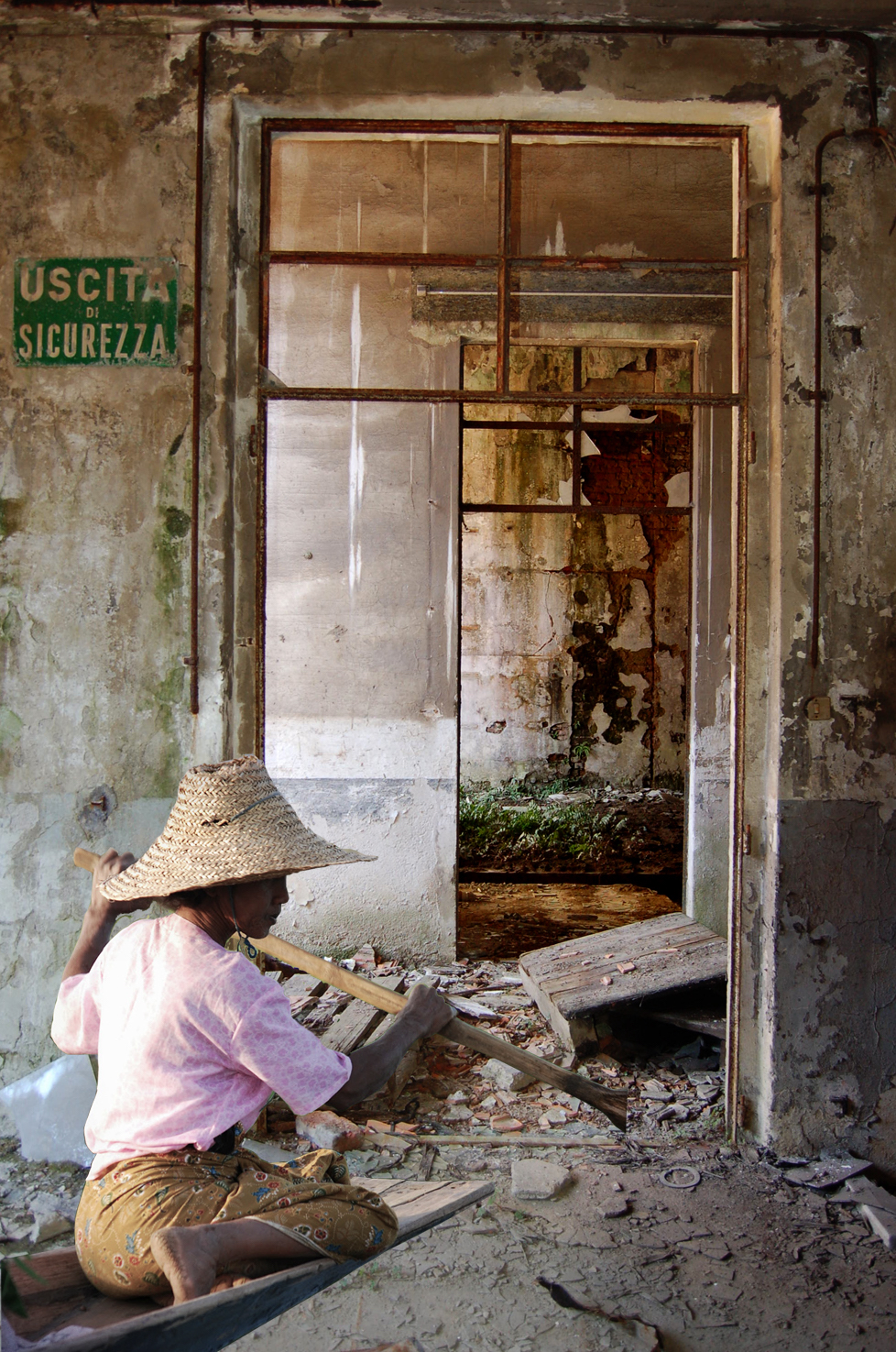 Dario Zucchi, born in Milan and resident in Washington D.C., is a passionate photographer. Through a combination of colors, styles and movements, he elaborates contrasts between paintings and sculptures on the one hand and people and spectators on the other. His photos are not premeditated, but they stop a moment of reality, a combination that has never happened before. Thanks to his shots, the works of Munch, Matisse, Rothko and many other famous artists immortalized in his photographs take on new meanings. Numerous solo exhibitions in America and Europe: MIA Fair 2021, Milan Tallulah Studio Art, until January 2022 at the Cosmos Club, Washington, D.C. “People in Museums: Dario Zucchi”, “Selected Photographs by Dario Zucchi” at Comcast Lounge, Strathmore Music Center, Rockville, Maryland, “An unexpected smile … continue in Verbania” at Villa Giulia, Verbania – Pallanza, Italy in 2017 , previously exhibited in 2014 in Casale Monferrato in Italy and at the Istituto Italia. 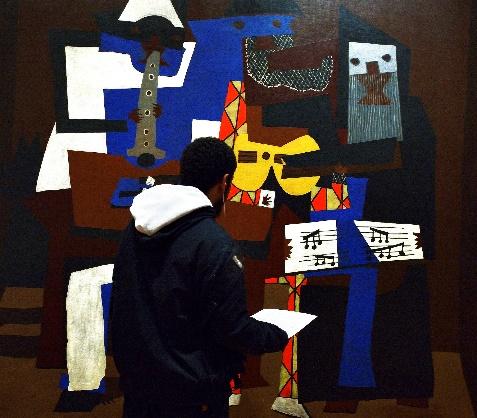 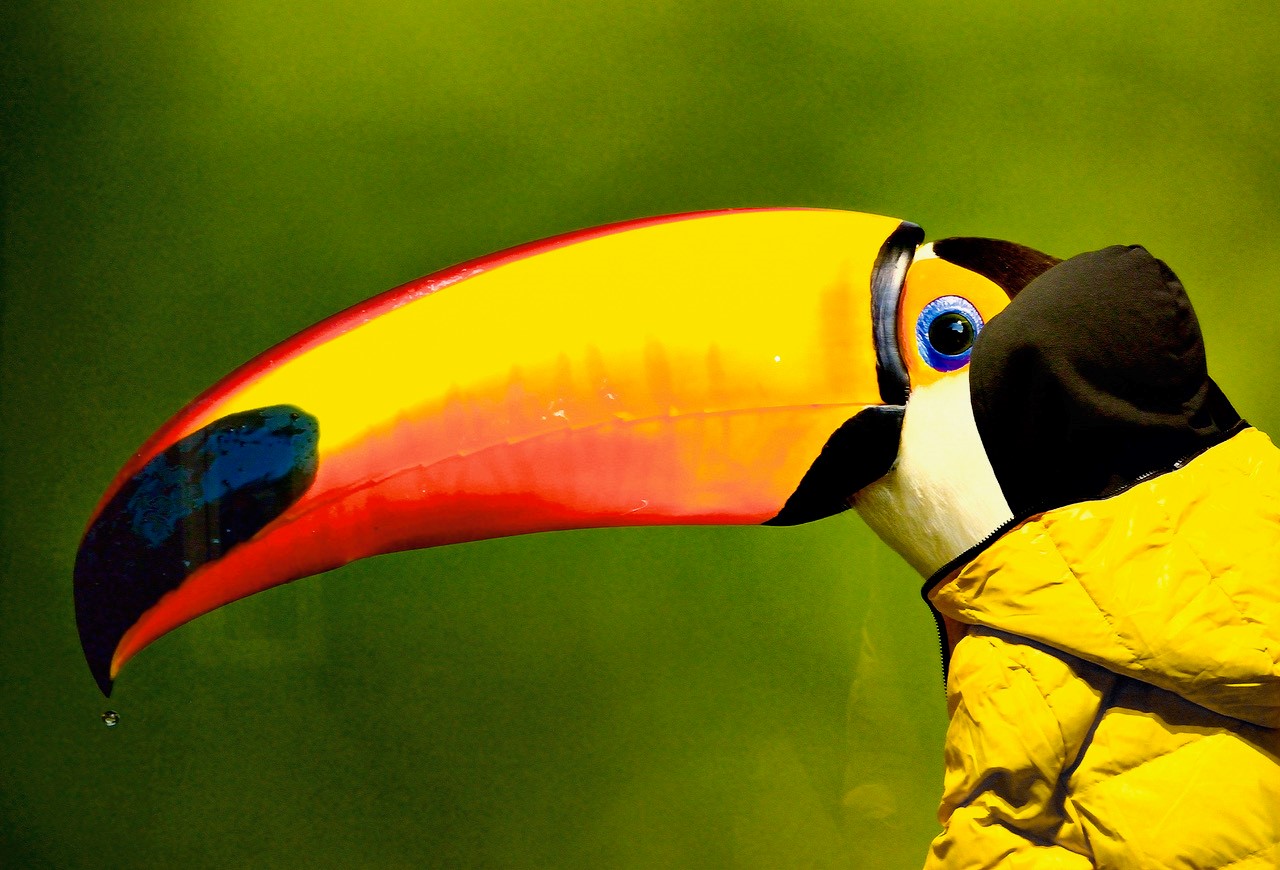 TIMETABLES
Preview by invitation only: Wednesday 27 April 2022 from 5pm to 10pm

SUPERSTUDIO MAXI can be reached with the green metro to Famagusta.
Parking in MM Famagosta, 600 meters from the location.

Tallulah2022-05-06T14:42:33+02:00
Manage Cookie Consent
To provide the best experiences, we use technologies like cookies to store and/or access device information. Consenting to these technologies will allow us to process data such as browsing behavior or unique IDs on this site. Not consenting or withdrawing consent, may adversely affect certain features and functions.
Manage options Manage services Manage vendors Read more about these purposes
View preferences
{title} {title} {title}