Ancient and modern, light and shadow: these are the primary elements of Claudio Magrassi.

Claudio Magrassi was born in 1969 in Tortona (AL), where he lives and works. He graduated from the 1st Liceo Artistico in Turin, deepened the pictorial techniques by studying ancient art and attending the atelier of established artists, including Luigi Benedicenti. He prefers oil on canvas. His journey, starting from hyper-realism and from subjects such as still life, is now developing into an instinctive and impetuous painting. The metropolitan vision of religiosity, and the concept of elaboration of the human structure are used to make his works more incisive. Mauro Galli and Giovanna Barbero have written about him. The shadow that falls on the ancient and modern world is a shadow, but always leaving room for saving light. This emerges from the works of Claudio Magrassi, an artist who, among the many important exhibitions, also includes a Venice Biennale, that of 2011, in the Saluzzo offices.

In the last works of the painter we can see how he succeeded in creating true universes, which together with stylistic beauty lead us to explore emblematic contents. Here in the work Hybris three figures emerge from the darkness, two of which, those on the left, lead us back to Caravaggio’s heritage, while on the right is a mysterious one: a woman with a sensual appearance to whom we cannot recognize the face , hidden by a veil. It is precisely his body that emerges with strong light inside the darkness of the painting. Does Magrassi therefore intend to tell us that beauty is able to save us from the elements of the world? The other work that is part of this series is Stigma, which sees in the center a tattooed man in blue jeans who rises in air like a crucifix, while a peacock and a monstrous creature surround him. It is located in a contrasting setting, among ancient ruined columns and a skyscraper that catches fire in the background. Here, more than in the others, the whimsical, visionary and surrealist vein of Magrassi is manifested, which even in this case, as he himself states, “dirty” the work by destructuring it, to allow the light to finally emerge, thus giving momentum and power to the painting. 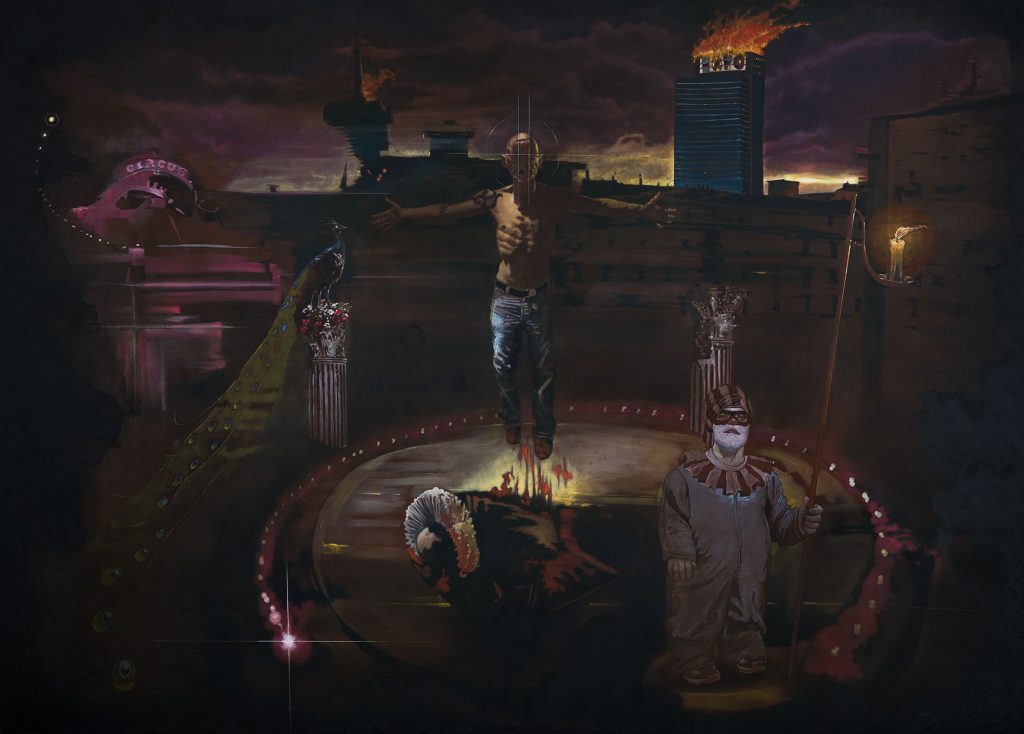 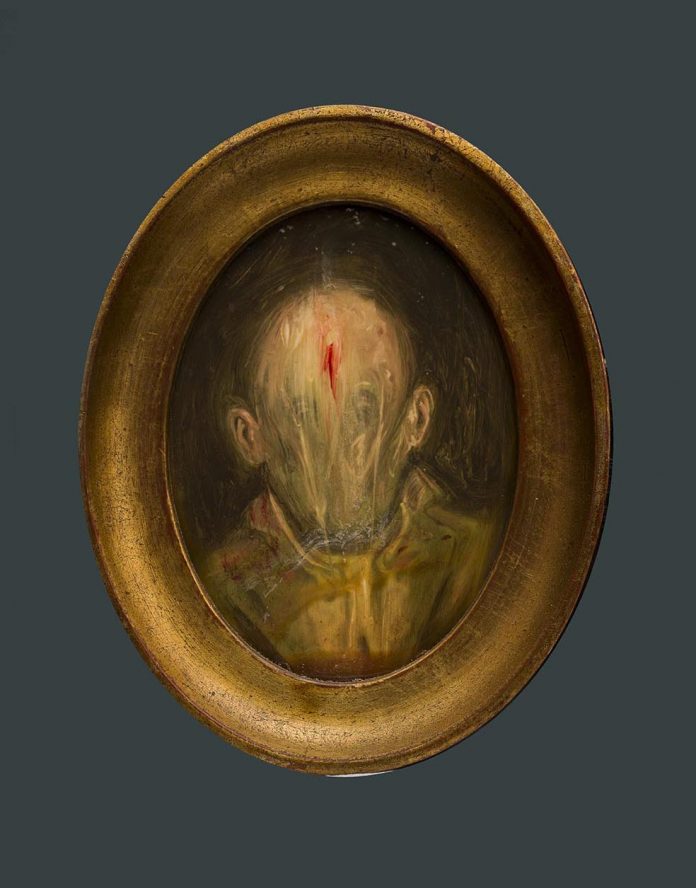 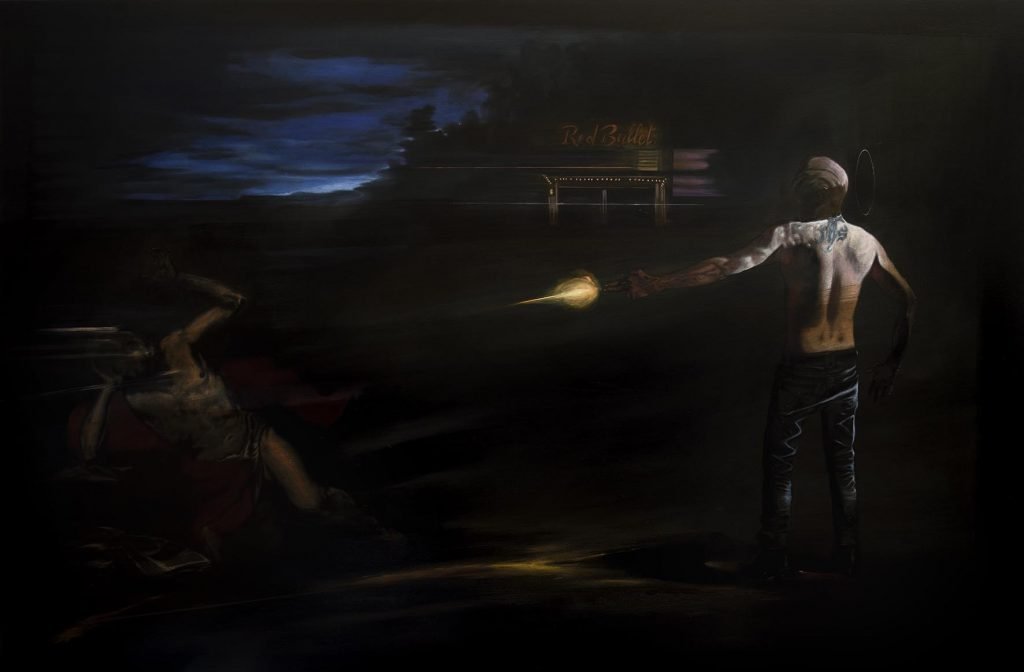 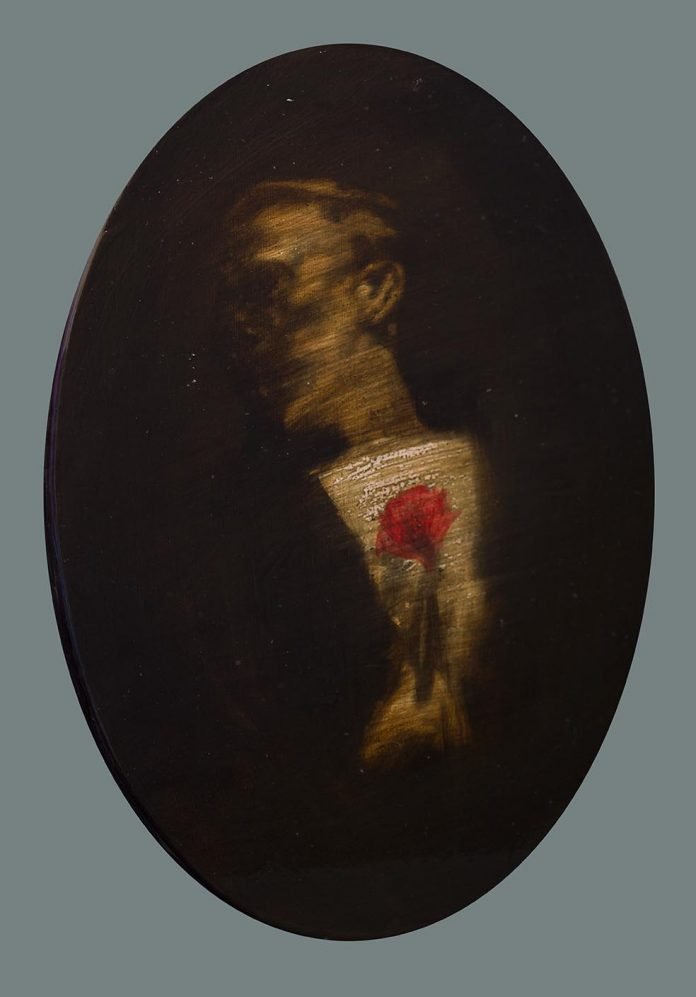 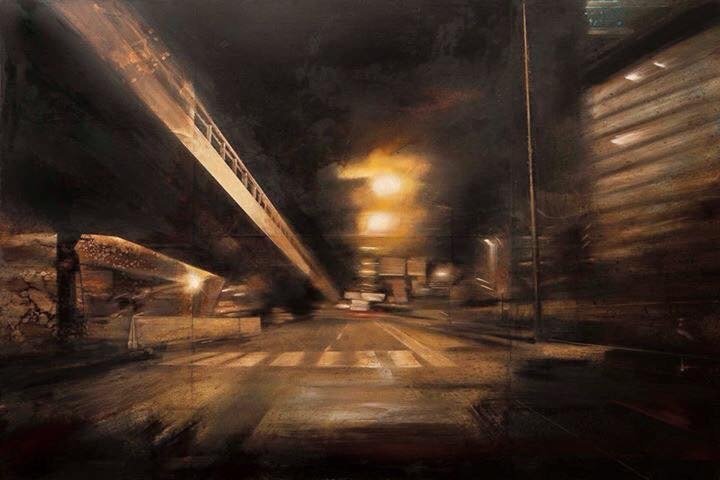 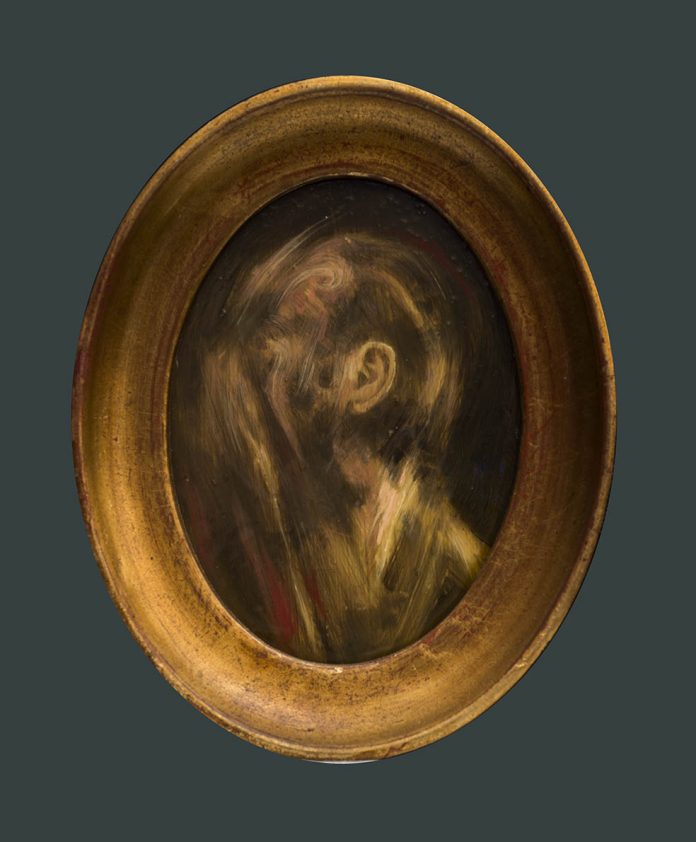 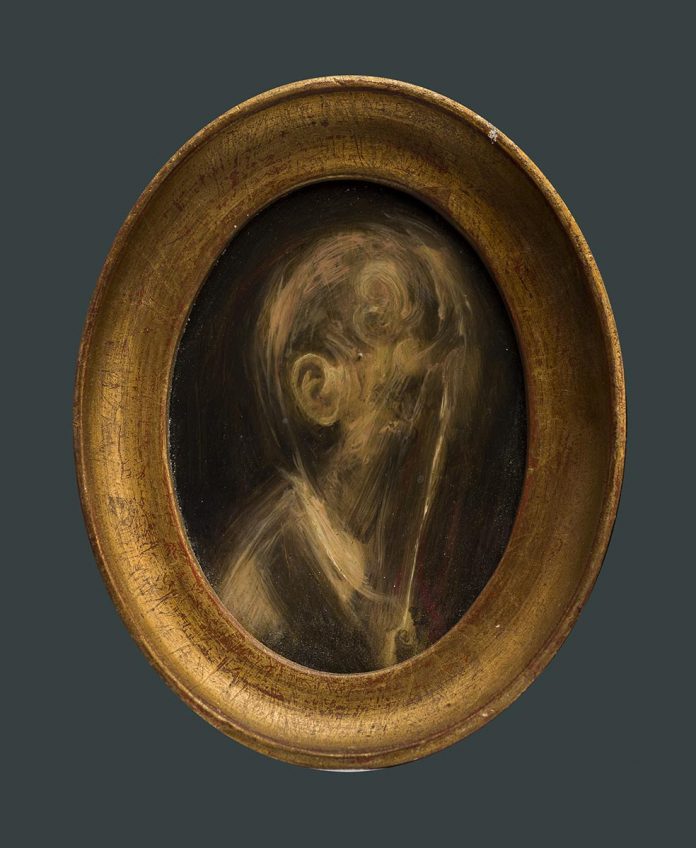 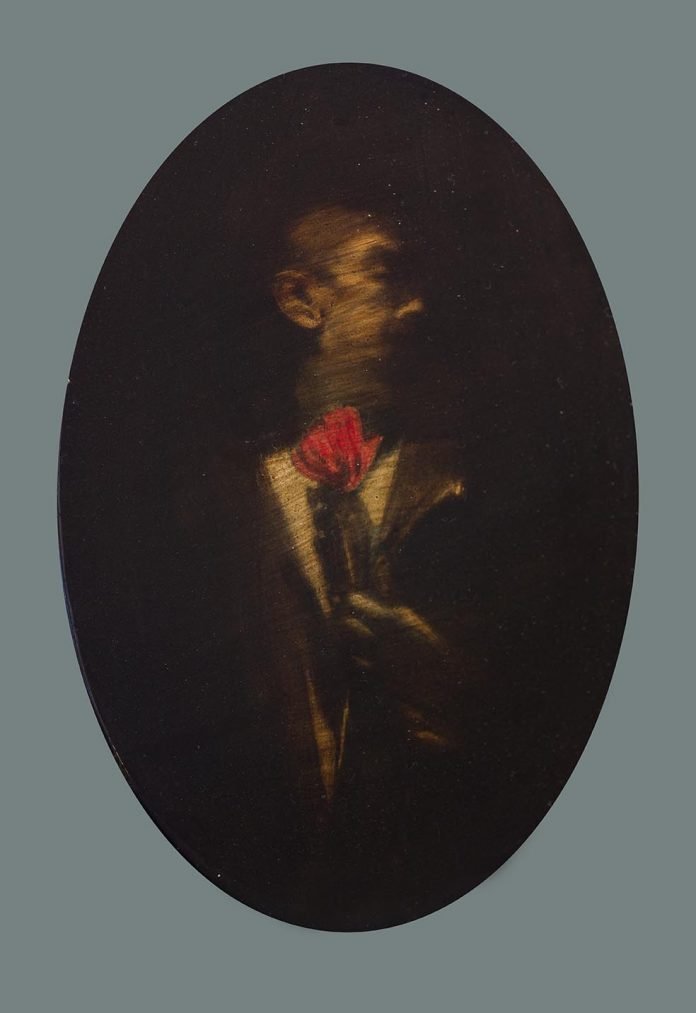